From influencers to major businesses, people seem to have forgotten how to apologize. But if your brand messes up, that’s something you need to remember. 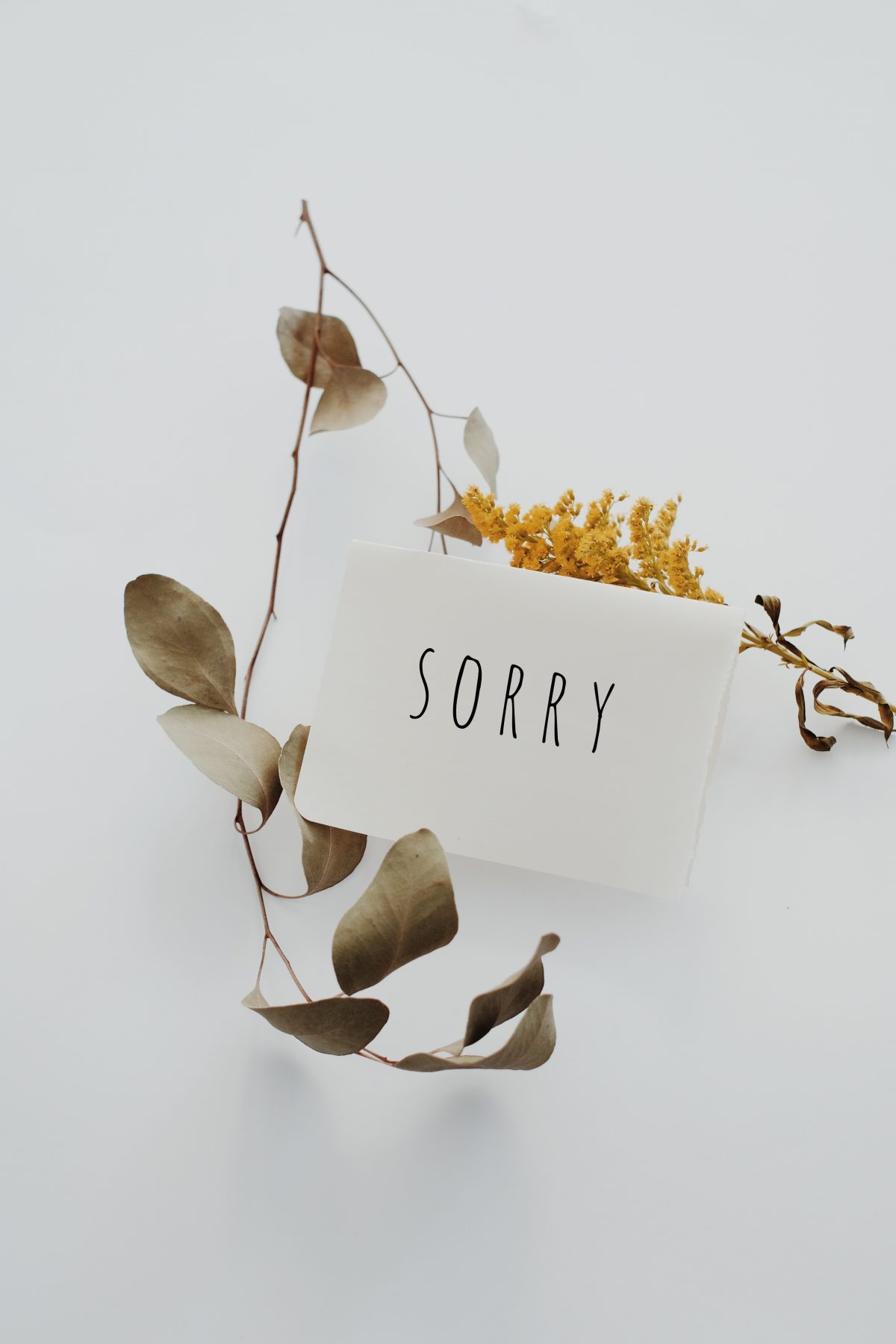 Nobody’s perfect. Everyone from the freshest intern to the highest-paid CEO makes mistakes now and then. Yet many of them seem incapable of what comes next — apologizing and resolving to be better.

Recently, we’ve begun watching a YouTube channel called Observe.  Hosted by professional body language analyst Logan Portenier, one of the channel’s primary content streams involves analyzing influencers’ apologies for everything from ignoring COVID restrictions to being party to unsavory behavior. Perhaps unsurprisingly, most of these apologies share a common theme.

A BluePrint For An Ineffective Apology

If you’ve spent any time following the recent controversy surrounding YouTuber David Dobrik and his group “The Vlog Squad,” you’ve doubtless seen shades of this. As reported by Mashable, Dobrik has himself posted two separate apology videos. We’re not going to get into what transpired, as in addition to being triggering for victims of assault, it’s not our focus here.

If you’re interested in learning more, you can read the article we linked above. Instead, we’re going to look at what Dobrik did wrong in both cases. Because together, they form a very effective framework for how not to apologize for a brand crisis.

In Dobrik’s first video, which fans and critics have widely panned, his mistakes are glaringly evident.

Unsurprisingly, this video was not well-received. After losing over 100,000 subscribers and multiple brand partnerships, Dobrik posted a second video a week later to his main channel. He did a lot of things right this time.

He owned the fact that he messed up. He at least appeared genuinely remorseful. He asserted that moving forward, he will be implementing checks and balances so that something like this need not happen again and has delisted the videos associated with the controversy.

But he still made mistakes.

“If [Dobrik] had come out and immediately apologized and immediately went to the people, that would at least show that he [recognized and owned up] to his idiocy,” Portenier notes in his analysis of the second apology. “Dobrik’s apology is genuine [but] perhaps for the wrong reasons.”

Why Should Your Brand Care About Apologizing?

In Dobrik’s case, the degree to which he mismanaged his apology has damaged his brand, perhaps irreparably. Just two days after his second video, YouTube demonetized his channels. Insider reports that Dobrik has, as a result of the controversy, lost nearly everything (content warning: SA).

Per a study published by Science Daily, economists found that people are over twice as likely to forgive a brand that genuinely apologizes.  As reported by The New York Times, when a doctor honestly admitted their mistakes to patients, they were significantly less likely to take legal action. A good apology, in other words, costs nothing. Ignoring a problem or failing to apologize, meanwhile, can cost you everything.

As for what’s involved in an effective apology, let’s refer back to Dobrik.

Everyone makes mistakes, even the most prominent brands. The capacity to recognize and apologize for those mistakes can be the difference between repairing one’s reputation or damaging it beyond repair.